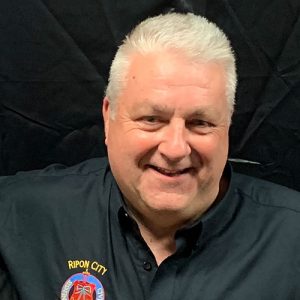 Kevin began playing Cornet at age 11 at School in Barnsley, South Yorkshire. He went on to join Rockingham Colliery band and for a short spell played Euphonium before joining Barnsley Music Centre Brass Band aged 13. Kevin’s Brass Tutor introduced him to Orchestral work on Trumpet and also to Piccolo Trumpet in a small brass group.

Kevin found he was comfortable playing in the ‘higher’ register on cornet and eventually took on the role of Soprano Cornet Player. Kevin auditioned and played for the Yorkshire Schools Brass Band as principal Soprano Cornet until aged 16.

At 18 Kevin played with Andrews Heat for Hire Band (Sheffield) and in 1982 joined the famous Hammonds Band on Soprano. He enjoyed concert and contest successes but upon joining the Police service in 1986 ceased playing for a while.

Kevin returned to playing again and again played soprano cornet with various bands in the Yorkshire region, serving two spells with City of Hull band and appearing as guest soloists with local Orchestra’s on occasions.

Kevin had  a spell on Cornet with Brighouse & Rastrick band and is currently Soprano Cornet with Ripon City Band who recently won promotion to Championship section status.

Following lockdown Kevin was asked to help out 5 Star brass on a few concerts and joined the group in summer of 2021.