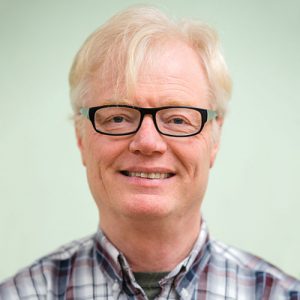 Tony started to play the trombone at school aged 11 and soon extended his interests to include piano and organ lessons with Harrison Oxley at St.Edmundsbury Cathedral.

After graduating from Leeds College of Music he worked as a freelance trombonist for several years, during which time he worked with artists such as the Supremes, the Three Degrees, Jim Davidson and Jimmy James.

After a spell working as a musician on various Cruise Ships he and his wife Sandra worked together as a double act travelling extensively around Europe, Scandinavia and the Middle East. During the 1990’s they worked for Cunard performing on the QE2 during the Cunard 150th Anniversary Cruise among artists including Andre Previn and Roy Castle. This Cruise culminated with the review of the fleet by the Queen and Prince Philip.

In 1994 the duo worked with director Michael Grigsby on the BBC2 ‘Fine Cuts’ film, ‘Hidden Voices’.

In 1996 Tony co-founded the Whitby Music Centre, and since then has worked in North Yorkshire teaching instrumental music and singing. Now semi-retired, he continues playing, teaching composing and restoring pianos.