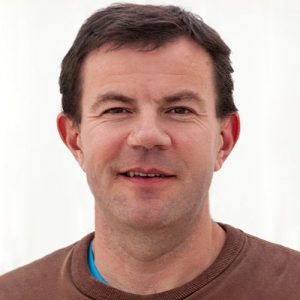 Richard began playing the cornet at the age of 7 and by the age of 9 became the youngest ever member of the North Yorkshire County Concert Band.  Three years later he joined the National Youth Brass Band of Great Britain where he became principal cornet.  Aged 13 Richard won the Junior Cornet Championship of Great Britain for under 19s and the following year won Barnardo’s Champion Child for Music in the UK and was presented with his award from HRH Diana, Princess of Wales at the Savoy Hotel in London.  Aged 15 Richard came 2nd in Yorkshire Television’s Young Musician of the Year and later in the year won the prestigious Alexander Owen Memorial Scholarship for Brass players.

Richard went on to study trumpet at the Royal Northern College of Music where he was taught by Howard Snell, ex principal trumpet of the London Symphony Orchestra.  Whilst at college he continued to play with a number of brass bands including Leyland DAF, Britannia Building Society (Fodens) and Black Dyke Mills as well as all the various RNCM ensembles performing all over the UK as well as in Italy, Switzerland and the USA.  Richard won a number of scholarships and competitions whilst at college including the Countess of Munster Scholarship and Martin Scholarship which was judged by members of the Philharmonia Orchestra in London and in 1995 Richard toured Japan as soloist with the RNCM Wind Orchestra performing Richard Rodney Bennett’s newly written Trumpet Concerto.

As a freelance trumpet player Richard has performed with a number of ensembles including the BBC Philharmonic, Manchester Camerata, Bergen Philharmonic, Welsh National Opera and the Pasadena Roof Orchestra and took part in a “Best of Broadway” European tour as well as performing at the World Jazz Festival in Moscow with the Wigan Jazz Orchestra.